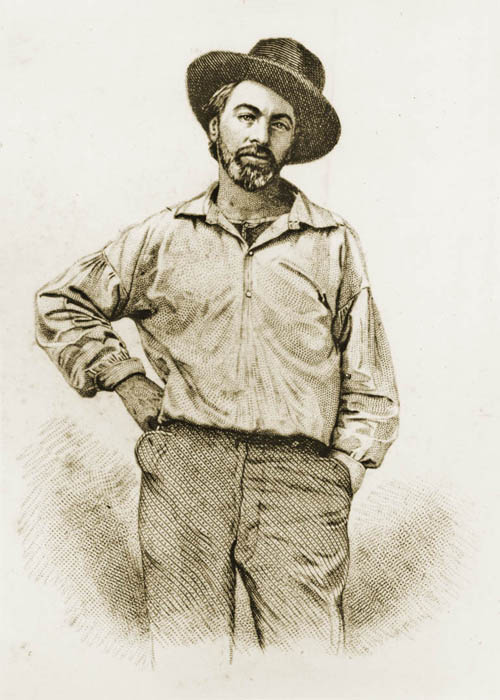 “Something startles me where I thought I was safest”

It is exciting to be a professor of English right now: for the archive of materials we use in our professional lives has undergone (and is undergoing) fundamental and lasting change. The conditions for literary production and reception are being radically transformed and the work of teaching and research are, as a result, changing. While scholars will necessarily travel to libraries for research, scholars and their students now have access to (and, in a number of cases, are building) an expanding archive of materials that were only a decade ago only available to those with the resources and time to travel to research libraries or to more modest holdings in public or private collections.

For a decade my students and I have been using the Walt Whitman Archive, an electronic library of written materials, including the six editions of Whitman’s major work, Leaves of Grass. The archive makes accessible Whitman’s notebooks, manuscript fragments, prose essays, letters, and journalism, as well as the ongoing historical and critical commentary on his work. So, for example, my students can access all the volumes of Horace Traubel’s With Walt Whitman in Camden and we can easily call up page images of Leaves of Grass Imprints in class. Students reading in the historical commentary on Whitman’s writings and current criticism, moreover, now have access to electronic versions of essays and more than twenty full-length books. The co-editors of the site, Kenneth M. Price (University of Nebraska-Lincoln) and Ed Folsom (University of Iowa), have created a beautiful thing.

Also, in my American Studies courses, the Library of Congress web portal that supports the Library’s mission “to support the Congress in fulfilling its constitutional duties and to further the progress of knowledge and creativity for the benefit of the American people” has helped my students do much more interesting work with a greater range of materials and artifacts. Finally, my colleague at the University of New Hampshire, Siobhan Senier, is building a digital archive/anthology of materials, Writing of Indigenous New England, with the help of students, tribal historians, and local historical societies. you can learn more about this work at Siobhan’s Indigenous New England Literature site.

Then, this year, I became aware of two new projects that have, to be honest, startled me. The first, more useful to me in thinking more clearly about the fundamental changes that are taking place in my professional field is the monograph Literary Studies in the Digital Age: an Evolving Anthology ,a part of the MLA Commons project. Here is the description of the anthology by the editors:

We began the process of creating this anthology with the intention of providing a primer to core tools and techniques for computational approaches to literary studies. Yet, since literary studies represents a confluence of fields and subfields, tools and techniques, and since computational approaches come from a great variety of sources, it became clear that any primer would have to be dynamic and capable of incorporating a rich and growing array of methodologies.

What is interesting is that the anthology is evolving using the tools of social computing made possible by web 2.0 technologies. In their Introduction, Introduction, Kenneth M. Price and Ray Siemens make the following claim:

The field of literary studies is being reshaped in the digital age. Texts have acquired a new kind of malleability, and they are often encountered in large aggregations, allowing for a scale of research far different from that in the past. At the same time, new possibilities as well as limitations for publishing are changing how, what, and to whom texts are disseminated. These changes require us to reexamine assumptions and to adopt altered research methodologies.

The introduction is worth reading. It can help to moderate the rhetoric that surrounds what some have called the digital turn. They return to 1963 and the founding of the Centre for Literary and Linguistic Computing at Cambridge University by Roy Wisbey. They also mention the period between 1966–78 when professional organizations were established and publications developed to explore possibilities of using computers in the humanities. They call attention to Computers and the Humanities (1966), the Association for Literary and Linguistic Computing (ALLC, 1973), and the Association for Computers and the Humanities (ACH, 1978).

The other project is more ambitious, and delightfully so: The Digital Public Library of America is working to make available (the beta version launches April 18 2013) an enormous amount of archival materials. The material and conceptual implications of this project are staggering. The blog entry called “What is the DPLA?” is a helpful place to start. There is also a very good overview of the conception of the project in the April 25 2103 edition (vol. LX no.7) of The New York Review of Books by Robert Darnton.

To take just one example of a DPLA “service hub”: The Mountain West Digital Library (MWDL) is a search portal for digital collections about the Mountain West region with free access to over 700,000 resources from universities, colleges, public libraries, museums, historical societies, and government agencies, counties, and municipalities in Utah, Nevada, and other parts of the U.S. West. The MWDL will help to accelerate the preservation of materials in these local sites while reaching out to provide access to those interested in the mountain west. For someone who teaches at a small, centrally isolated liberal arts college, the materials available in the Mountain West Digital Library collections will give me the capacity (and help me imagine) new ways to do my own research as well as help me teach courses using primary documents that would otherwise be unavailable to my students. 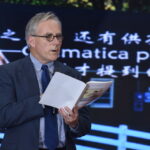