Because the literary fiction and nonfiction that I study and teach is concerned with environmental systems, the primary questions about literary production and reception that have kept professors of English busy for nearly one hundred years have become, for me at least, inextricable from complicated economic, social, and cultural activities. Though as Gregory Bateson once pointed out, our failure to relate to natural systems and processes is a product of the way we think and talk. We need alternative patterns of thinking and talking about natural and human systems, and we need new ways to teach these alternative patterns.

This language reminds me of John Muir, in 1911, saying in My First Summer in the Sierra, that“when we try to pick out anything by itself, we find it hitched to everything else in the Universe.” Ecological learning, then, to stumble toward a more abstract formulation, is learning about what Muir call “things” and then finding that things are only really things when connected to other things. 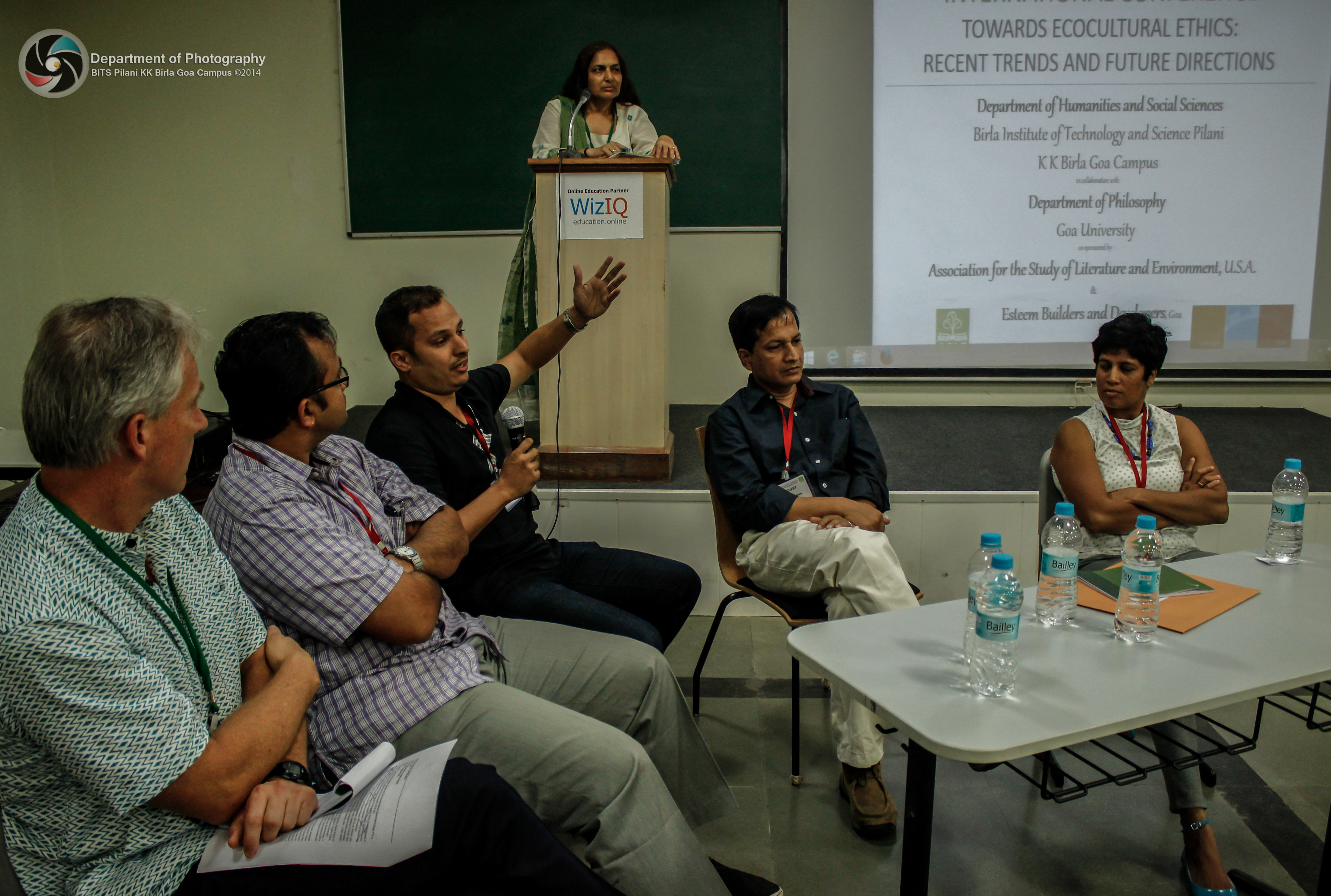 Fisheries biologist Aaron Salvio Lobo speaking at the session on “Ecological Learning” at the Birla Institute of Technology and Science, Goa, India

It is difficult to study and teach Rachel Carson’s Silent Spring, for instance, without addressing basic science as well as questions about science and society; there is little doubt that reading in the literature of food or animal studies without addressing the application of rapidly evolving technology would be next to impossible; and there is no question that narratives of environmental justice raise pressing moral and ethical questions by tracing the life-world consequences of rapid developments in science and technology.

These were some of the thoughts I was having as I prepared for the panel discussion in Goa. The discussion was moderated by Dr. Samhida Shikha, from Dronacharya Government College Gurgaon, and included a fisheries biologist, Aaron Salvio Lobo, an expert on waste management, Dr. Srikanth Mutnuri, a professor of ethics who teaches at a school of mining, Dr. Ajit K. Behura and an architect, environmental educator, activist, and blogger from the capital city of Panjim, Tallulah D’Silva, whose work has been recognized in the World Economic Forum’s Global Shapers Community. The audience for our session on ecological learning included members of the humanities and social sciences, from literary and cultural studies, anthropology, philosophy, religious studies, linguistics and political science. 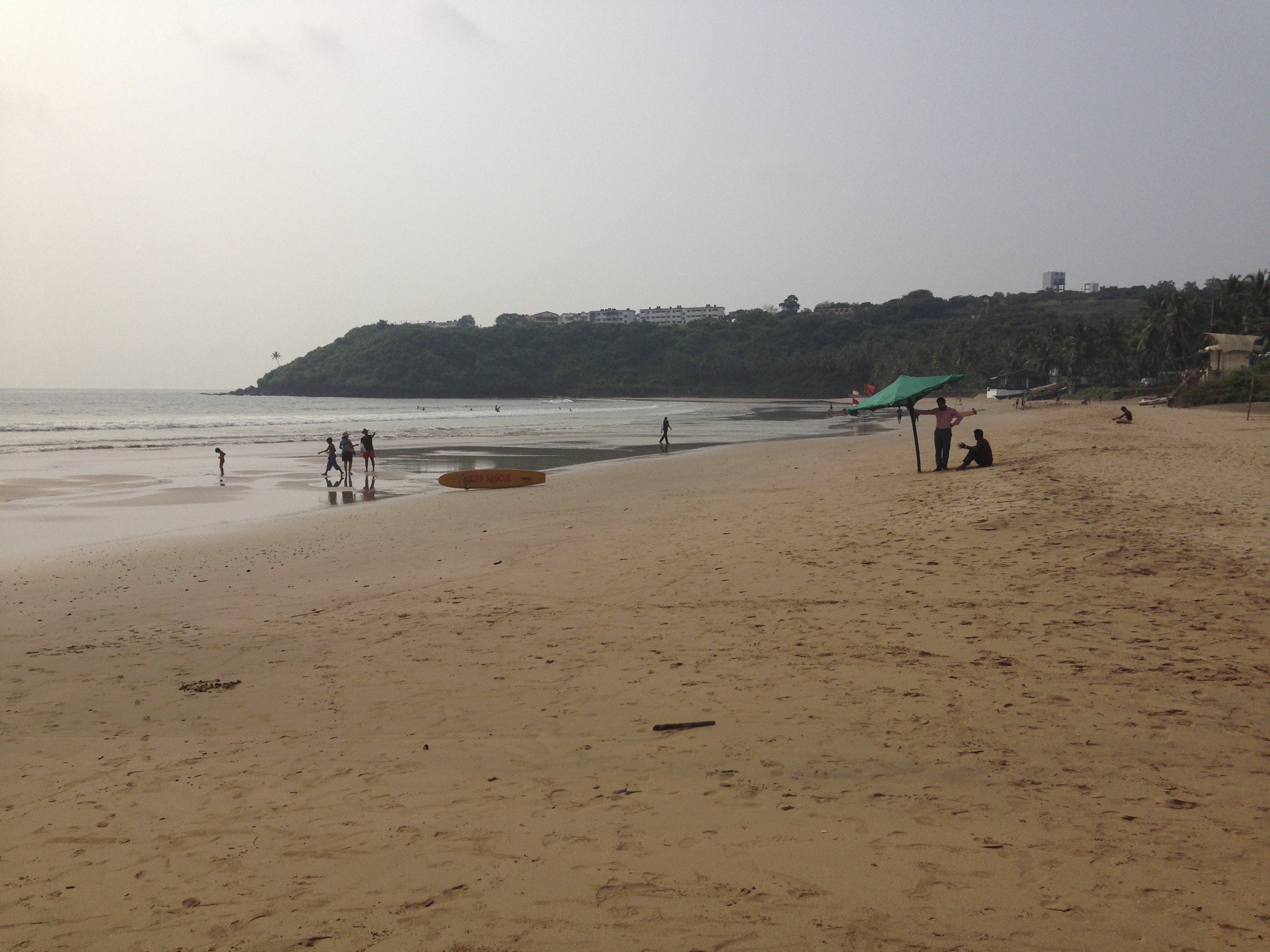 Another lovely cove and stretch of sand on the Arabian Sea

My contribution to the panel began with an anecdote about arriving in Mumbai at the beginning of this month to meet Rebecca, who had been teaching law in Pune. Gandhi Jayanti, the national holiday, was in full swing, and Prime Minister Modi happened to be using the occasion to kick off his Swachh Bharat Campaign. What followed were days of editorial and public commentary in the Times and in Goa periodicals and online about the clean India campaign. In Goa, one headline read “Desi tourists leave behind uncivil footprints,” and the it-is-the-other-guy’s-problem excuse was once again registered. “Calangute and Baga beaches witness trail of broken bottles and garbage: visibility upset, Calangute MLA Michael Lobo has accused the tourism department of not being serious enough to tackle the problem.” Remarkably, I noted, one person from out of state when interviewed complained of the lack of warning or display boards regarding the disposal of trash and bottles on the beach. “I don’t see a single warning signboard so it is no use blaming us tourists.” Enough said.

I then offered a case study of Keep America Beautiful (founded 1953), the largest community improvement organization in the United States, that was formed in response to the problem of highway litter that followed the construction of the Interstate Highway System and an increasingly mobile and convenience-oriented American consumer in the middle decades of the twentieth century. I traced the Keep America Beautiful organization joining with the Ad Council in 1961; the subsequent 1971Earth Day theme, “People Start Pollution. People can stop it,” featuring the well-known (and problematic) “Crying Indian” campaign launched on Earth Day, narrated by actor William Conrad, and featuring “Iron Eyes Cody,” the Native American man (who was actually an Italian) devastated to see the destruction of the earth’s natural beauty caused by the thoughtless pollution and litter of a modern society). In 1975 the “Clean Community System”  led to the “Keep My Town Beautiful” organization and the more recent “Great American Cleanup” campaigns that have organized 3.9 million volunteers who have removed seventy-six million pounds of litter and recycled hundreds of millions of pounds of metals, newsprint, tires and electronics.

While noting the fundamental historical and cultural differences with the Modi campaign, I admitted that the anecdote offered some hope for those who are rightly cynical of centralized campaigns for “cleanliness” linked to patriotism and political parties. Still, the narrative from the 1950s to the present in the US offers a complex of motivations and investments that contributed to changing the behavior of people as part of a social movement. The question I posed is how academic disciplines and institutions of higher education prepare students to participate throughout their lives in the practice of what the panel was calling ecological learning. 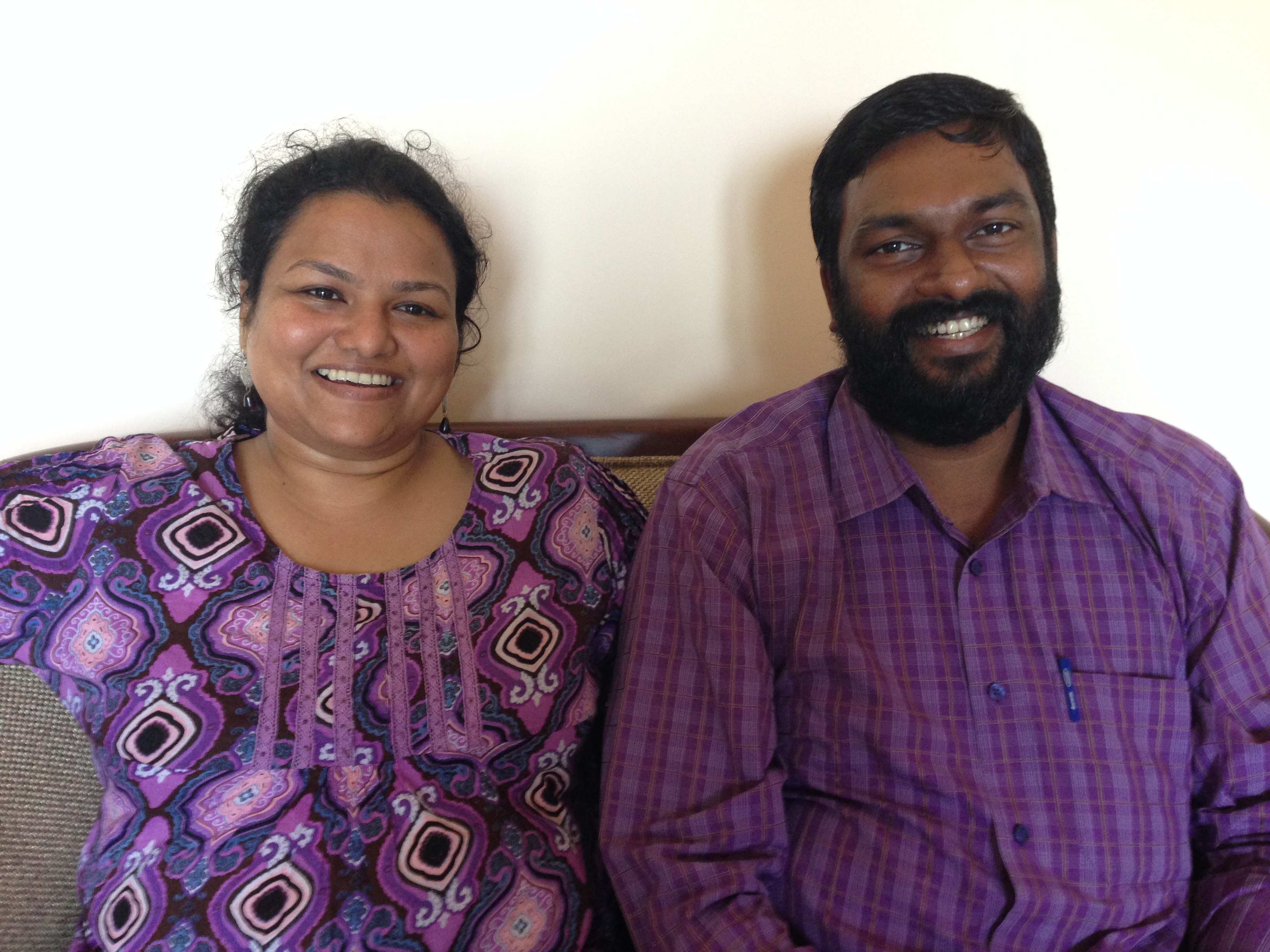 Listening to my colleagues, and participating in the lively audience give and take that followed in the hour we had reserved for discussion, I realized how challenging it is to free ourselves from the terminological moraines. These jumbled piles of words and phrases make it difficult to enact the necessary changes in teaching and learning that would be commensurate with the environmental predicament. What was refreshing for me was that the discussion with my Indian colleagues unfolded without the use of any of the terms so common in the discourse of American academics, terms such as “interdisciplinary,” “multidisciplinary,” “transdisciplinary.” Rather, my Indian friends and colleagues were focused on practice. They were talking about thereal work. 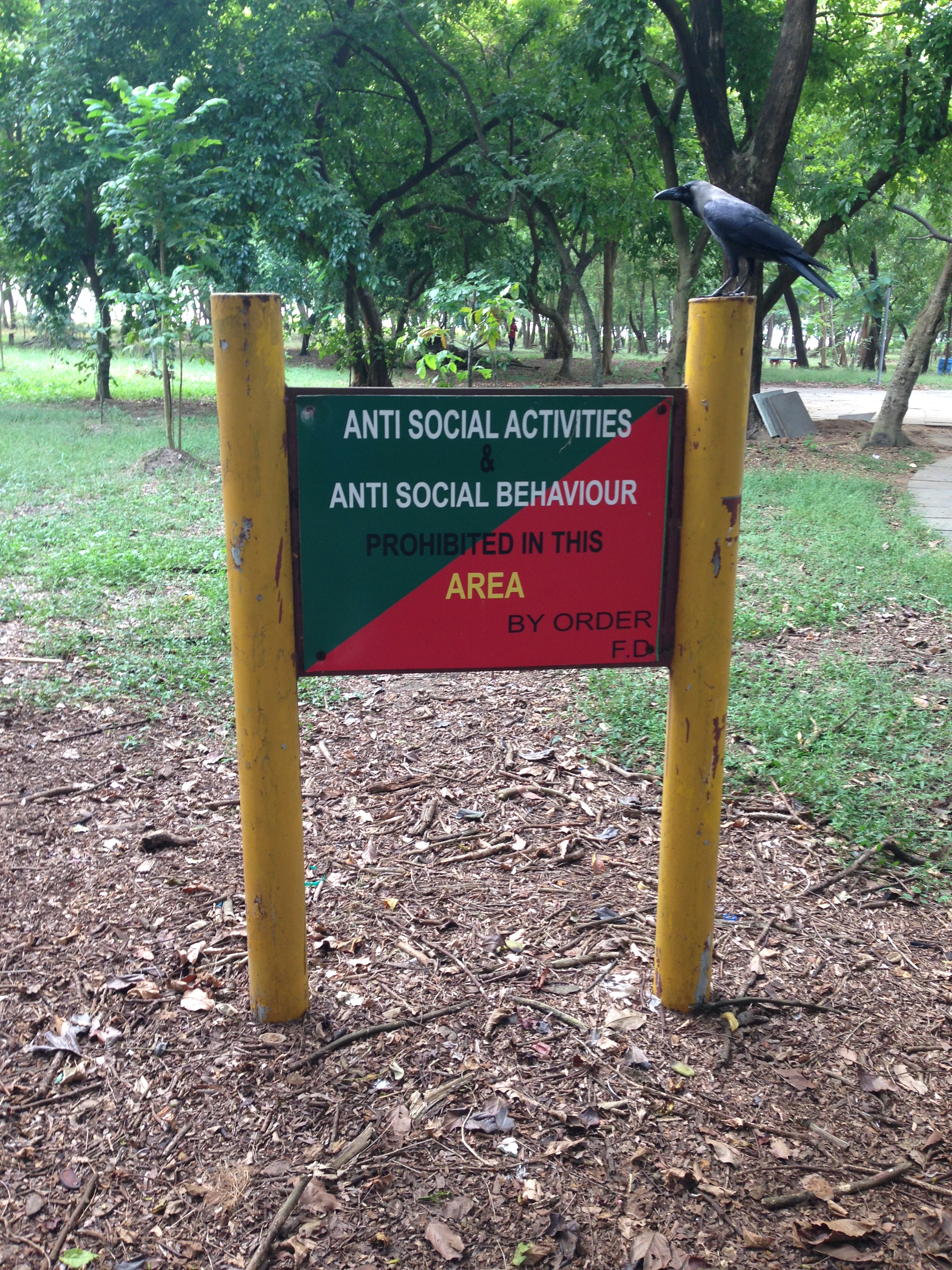 Rhetorical and social engineering in the park, Panjim, Goa

Since arriving back in the United States this panel discussion has stayed with me. And I have been thinking more about the terms we use to define what we do and that we deploy to stake out our place in the enterprise of higher education. It is my good fortune to be a member of a faculty that offers courses, minors and degree programs in what we call “interdisciplinary fields of study.” These include American Studies, Criminal Justice Studies, Environmental Studies, Holocaust and Genocide Studies, Women’s and Gender Studies. Over the years, I have taught courses in three of these “fields” (American Studies, Environmental Studies, Women’s and Gender Studies) and have given much thought to the approaches taken to the various subjects, materials, and topics within these fields.

The self-evident fact that knowledge about our selves and the world, to use the commonplace jargon often used academic circles, is “constructed”  often devolves into abstract and decontextualized conversations about the knowledge and methods of academic disciplines or “interdisciplinary” fields of study or “multidisciplinary” modes of teaching and learning. The consequence is that the questions that structure the intellectual work in our colleges and universities (for professors and for students) become less salient or, arguably, less relevant—particularly in public discourse where facts are bound to be uncertain, values are disputed, and the stakes are high.

I am most grateful to my colleagues in India for helping me to think though my own evolving approach to the study, teaching, and learning as a literary and cultural historian. The term that appears most aligned with my practice as a thinker and teacher is “transdisciplinarity.” A sabbatical leave offers the necessary time and space to reflect on one’s ongoing work as a reader, writer and teacher. And among the most fruitful set of ideas for my reflections this year has been the thinking of Basarab Nicolescu—in particular, his Manifesto of Transdisciplinarity, trans K. Claire Voss (Albany: State University of New York Press, 2002). A useful précis of the manifesto is available in the “Charter of Transdisciplinarity” that has its origins in the First World Congress of Transdisciplinarity convened in 1994 in Convento da Arrábida, Portugal. The document, produced by the editorial committee comprised of Lima de Freitas, Edgar Morin, and Basarab Nicolescu, has 15 articles, as well as a Preamble, that reads as follows:

·      Whereas, the present proliferation of academic and nonacademic disciplines is leading to an exponential increase of knowledge which makes a global view of the human being impossible;

·      Whereas, only a form of intelligence capable of grasping the cosmic dimension of the present conflicts is able to confront the complexity of our world and the present challenge of the spiritual and material self-destruction of the human species;

·      Whereas, life on earth is seriously threatened by the triumph of a techno-science that obeys only the terrible logic of efficacy of efficacy’s sake;

·      Whereas, the present rupture between increasingly quantitative knowledge and increasingly impoverished inner identity is leading to the rise of a new brand of obscurantism with incalculable social and personal consequences;

·      Whereas, an historically unprecedented growth of knowledge is increasing the inequality between those who have and those who do not, thus engendering increasing inequality within and between the different nations of our planet;

·      Whereas, at the same time, hope is the counterpart of all the afore-mentioned challenges, a hope that this extraordinary development of knowledge could eventually lead to an evolution not unlike the development of primates into human beings;

One cannot help but admire the ambitious and hopeful language of this manifesto. My admiration, however, is precisely how the language links the abstractions of knowledge production to the material (and ideological) planetary concerns of the present. What is really remarkable, though, is that this heady rhetoric allows for both a generative acceptance and skepticism about knowledge and power, a finely aware register of social and environmental equity and justice, and an inclusive acceptance of the human in the words “cosmic” and “spiritual.” Just how these ideas might shape one’s day-to-day work is a challenge to be sure. But the challenge might help to put the words we use to describe teaching and learning in our colleges and universities to more consequential work—words such as “integrative,” “interdisciplinary,” and “multidisciplinarity—by envisioning a transformation of both our knowledge-seeking methods and the institutions that sponsor our ongoing search.

This was my ambition in India, after all: to imagine with my colleagues practical projects for individual and collaborative inquiry that would in turn expand the scope of conventional pedagogical theory and practice. Perhaps a moratorium on any word that builds off the term “discipline” would offer a glimpse of something more.